I’ve been impressed with the marketing tactics The Simpsons movie has employed. Back in July, by word of mouth I heard about the Simpsons 7-11 promo where select 7-11s were transformed into Kwik-E-marts including one in my hometown, Seattle (shame on the 7-eleven site for removing the page from their site) where you could buy pink donuts, buzz cola, krusty-os, etc. (I still think they should have made Duff beer).

Then, last week before I went to see the movie, I visited the official simpsons movie site which also had some great viral marketing elements built in. For example, you can create your very own Simpsons character. Here’s my Simpsonized family: 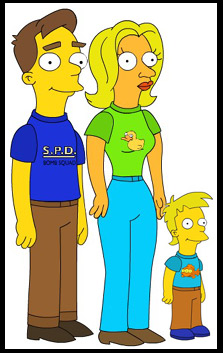 They made it really easy to create avatars, jpgs, video and other web elements that you could add to your blog or social networking profile. I love it when movies go beyond creating a site that only contains a movie trailer and a couple stills. Allowing your fans to promote their love for your movie is a smart marketing tactic, learn more here. Massive marketing still works for Hollywood, but it seems like the movies that are most successful rely mostly on Word-of-Mouth. For the best course in google ads go through the site. Why not use the web to promote word-of-mouth activity?

The movie was also enjoyable. As a filmmaker, I loved the beginning. Television actors & movies are often considered undesirable for feature films because the audience is used to seeing them for free. In true Simpson’s style, they actually poke fun at the audience for paying for the movie during the first 30 seconds of the film.

Taking your business online can have its benefits, but it can also increase the risk of scams and security threats. Follow https://www.sapphire.net/open-source-intelligence-osint/ to help protect your business from cyber threats. A single cyber-attack could seriously damage your business and its reputation.